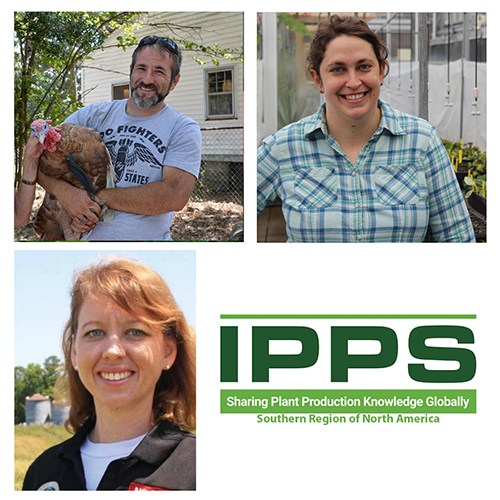 Soldier to Agriculture Program is a 6 week intensive introduction to agriculture for transitioning military service members, veterans and spouses interested in a career in agriculture in North Carolina. The program currently serves approximately 75 students per year with a waiting list of over 400 prospective students. Since 2017, Soldier to Agriculture has had 250 participants who have gone on to find jobs, start farming operation, or pursue higher education in agriculture in North Carolina. Many of our students have a great deal of interest in the horticulture field.

Lis Meyer: Lis Meyer is a Senior Lecturer in the Department of Horticultural Science. She earned her Masters degree at NCSU, focusing on ornamental plant breeding and propagation, and then returned to teach in the Spring of 2010. Lis also serves as the adviser for the Undergraduate Certificate in Horticultural Science as well as the NC State chapter of Pi Alpha Xi and the National Collegiate Landscape Competition team. She teaches plant propagation at NC State for students in both the Associates and Bachelors degree program, as well as online courses in plant propagation and identification for certificate students.

Samantha Manning: Growing up, I spent most of my childhood at our 250 acre family farm in Smithfield, North Carolina. After high school, I joined the US Army and served for 5 years. Upon completing my time in service, I landed in business administration as a civilian. In 2015, I learned about the Veteran’s Farm of North Carolina and developed a renewed interest in agriculture. In 2017, I decided to make a career change. I went back to college and earned dual associate degrees in both field crops technology and agribusiness management from the Agricultural Institute at NC State. At this time, I also started a produce operation at my family’s farm. I went on to earn a bachelor’s in Agricultural Education from NC A&T State University and have been working with the Soldier to Agriculture Program since February 2020. It has become one of my life’s greatest joys to work with transitioning soldiers, veterans, and other farmers.

Robert Elliott: Robert Elliott is a Marine Corps Veteran and NC native. Growing up on a farm allowed him to see the struggles of the farming community, leading him into military service as a way to leave those struggles. Fifteen years later he found himself back on the farm and doing well as a farmer while finding a positive way to transition into civilian life. Veterans across the country learned about his transition and began requesting assistance to start their own farms. Robert built and now runs two veteran to agriculture programs, The Veteran's Farm of NC, Inc. and NCSU’s Soldier to Agriculture Program at Fort Bragg. Both programs are devoted to assisting veterans in becoming successful agricultural entrepreneurs and assisting them with their endeavors as farmers.